The history of Alderdice Brassfounders Pty Ltd began in 1898 when William Evan (Bill) Downing and his brother, Charles Alcorn Downing, left their family home in Melbourne and moved to the small, but prosperous, agricultural and fishing town of Warrnambool, Victoria.

For both men their departure from Melbourne marked the beginning of an interesting 50-year period during which, they successfully established a brassfounding business and despite the many obstacles that presided over its growth and expansion.

The business they painstakingly built up is still a bustling, thriving operation that has provided employment opportunities for many Warrnamboolians.

Alderdice Brassfounders was featured on Australian Story during 1998, the company's centenary year. 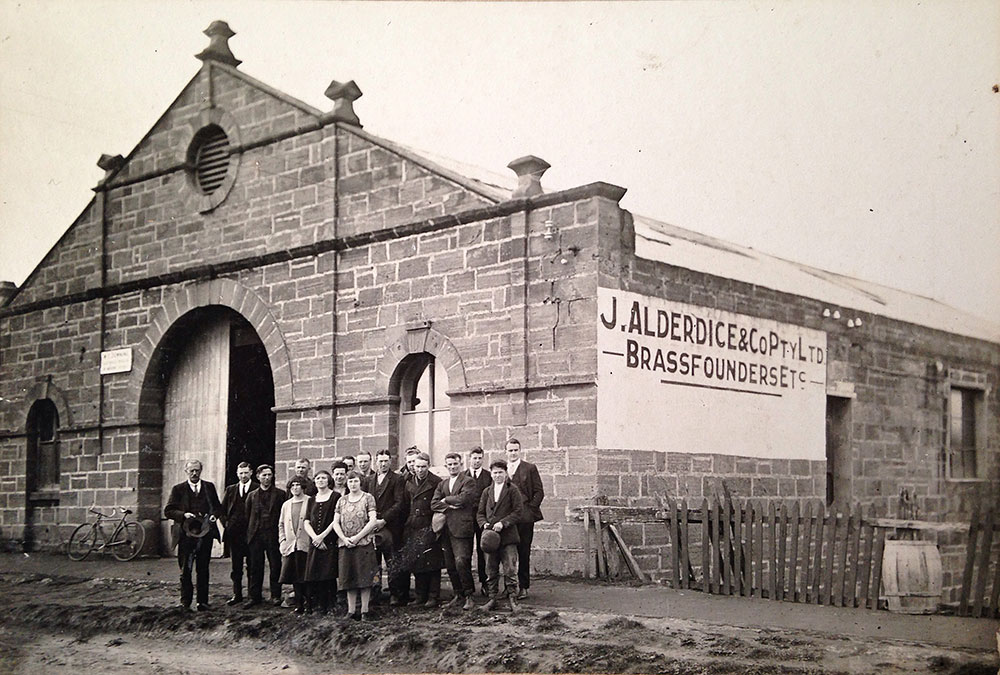